Mark in his natural habitats 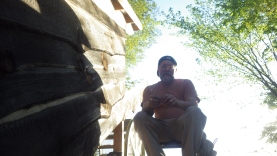 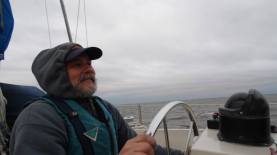 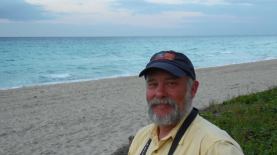 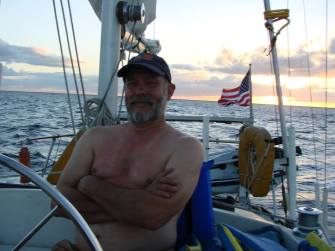 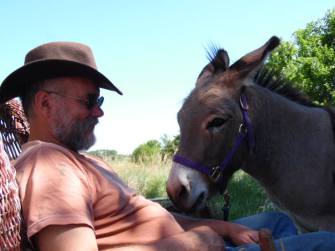 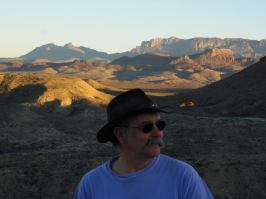 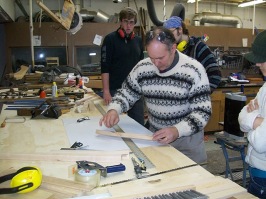 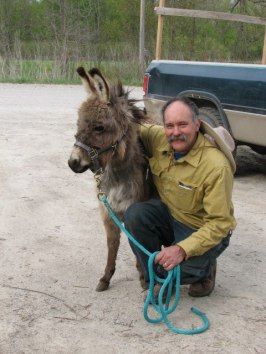 In October 2016 I catapulted into a project spearheaded by Taylor Ross, one with profound ramifications for the future of public debate and protest.  The Standing Rock/No DAPL Protest was in full swing and winter was about to descend on the protest camp in North Dakota, a potentially life-threatening situation for the hardy souls who had pledged to stick it out and continue the resistance. Taylor came to me, asking what was the most sensible, effective thing we could do to help them survive the bitter conditions. My thoughts went first to drinking water for hundreds of people. At minus 30 any water left exposed would be frozen and undrinkable. So I came up with the idea of a well-insulated storage container, a refrigerator trailer, perhaps turned into a hot box with water tanks. In order to keep the space warm we would have a solid-fuel heater, which would also make the place suitable for a warm-up station, a potential lifesaver in itself. Then my mind went to the need for electrical power. The folks there needed to keep in touch with the whole world that was watching events unfold—the pepper sprays, water cannons, rubber bullets and attack dogs. To broadcast the ongoing events they needed to charge their phones, cameras, etc. So Taylor and I talked about adding solar and wind energy. Finally, we talked about the medical trauma that was happening and the need for a treatment center.

While this planning was going on, Taylor was in touch with people at the camps, and was gaining further information on what was needed.  From this we confirmed the need for medical supplies and for food, clothing, flashlights, inverters and all manner of supplies. We began fundraising, and the response was amazing, with donations coming in from all over the world! I began to search for a suitable trailer to build out for the project, and came across a tilt-cab refrigerator truck with an 8′ X 16′ well insulated box. Our fundraising had by then gotten in enough funds so we were able to buy it.

What followed was a massive community effort to outfit the truck with all the required systems and gear. Volunteers showed up from all over town, the best and brightest tradesmen and women, helpers and well-wishers. We installed 1 kW of solar panels on the side of the truck, thanks to a subsidy by Ideal Energy. We mounted a tilt-up wind tower with a 400 watt turbine. Installed batteries, a charge controller, and inverters. shelving for medical supplies was next, and benches for the warm-up station. Wood heater, water tanks, medical supplies, etc. all by volunteer work, done swiftly and expertly. This was a time of amazing synergy, the kind of project that happens only once in a blue moon, where people tune in to what is needed and things happen with a minimum of fuss. I am very grateful to have experienced that, let alone what followed. Let’s take a break from reading and look at some photos (click on any image to scroll): 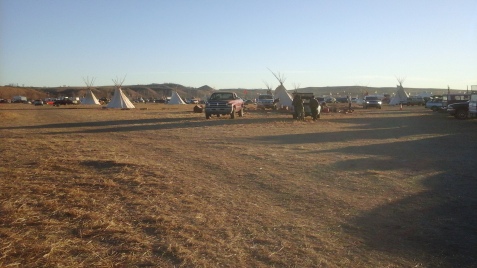 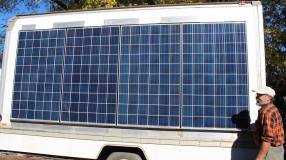 A delegation of five from Fairfield—Sandy, Taylor, Toba, Gabe, and I—delivered the truck in early November, and spent a week with the protest group. We did not engage in any direct action. But just being there, knowing we were literally “in the cross-hairs” of the government snipers ranged along the hill overlooking the camp, was an intense experience. Culturally, it was equally intense. What you saw there depended on what you looked for. Some saw it as a new utopia, a place of freedom, a way to live out an ideology that had been repressed by society and was busting to be realized. For others it was a place of chaos, of discord and unrest. For me it was profound and humbling. I was impressed with the level of organization, the mutual respect among the indigenous people and the outside supporters of the cause.  I’ll never forget the flags flying in the ever-present wind, flags representing the Tribal Nations from all over the continent.

We turned the truck and its supplies over to the great folks at the medical station, They had tears running down their cheeks when we told them what it was for, and that it was theirs to use and to keep for the winter. We heard from them the stories of the wounded, the broken ribs and ugly bruises from the rubber bullets, the blinded coming in for treatment for pepper spray, the hypothermic (for it was already getting cold). After spending the day instructing them on the way to use and maintain the truck’s various systems we bid them goodbye, and left for home.  A short time later an estimated 4000 veterans arrived, followed by a massive blizzard. And the rest is history. I do not want to comment on whether the whole thing was in vain. It is still too near to me, to tender to even think about. I hope, a least with the truck, that we did some good, perhaps even saved a life or two.